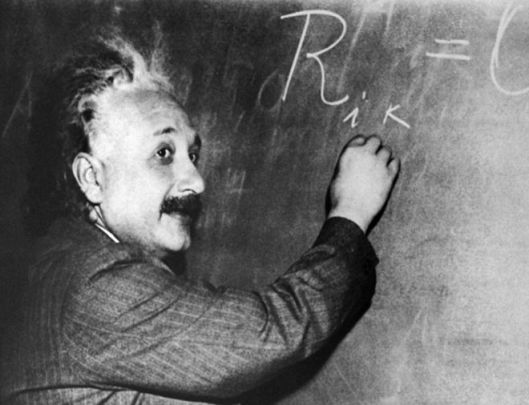 Tech is nothing without Purpose.

And in our increasingly hyper connected world, Purpose is nothing without tech.

Purposeful companies and businesses increasingly use tech, digital platforms and the social networks to shape, co create, disseminate, sense check and activate their every purposeful initiative amongst the crowd.

We are beginning to move beyond the cultish tech for tech’s sake ‘everything’s genius’ approach to all things digital. People are not blindly saying ‘yes’ before they even know what they’re being offered.

And it is not only in the masses’ response to the latest highly questionable i-phone up grade new grade what grade launch that we see a little of the emperor’s clothes being shredded. A number of financial analysts regard the herd of Unicorns that have appeared  in the last 3 or 4 years as ‘fluffy stock’ with questionable valuations. Simply put they’ll trade and make cash out of them while they can but they think they’re a little puffed up in the value department.

Even the hard-core geeks and nerds – those applying the genius of AI and machine learning to their business, platforms and product ideas – are using them to unlock more humanity in the tech and in the customer experience, not just capacity and capability.

But being more human isn’t a purpose. I would say its an evolutionary imperative.  Just because some tech or platform play is possible or probable doesn’t make it palatable. You can’t guarantee that everyone will just continue to have an appetite for everything because it’s cool or does more shit that the last one.

Moore’s Flaw is that, although the keep doubling it trajectory of hyper accelerated microprocessor capability might be a fact, generally, people are not linear and they are far from modal. People are suspicious of being hyper accelerated, and after the first rush tend to push back against it. This is something to do with their emotional sense of risk, control and threat and how they respond to it, beyond the rational Should I? Shouldn’t I?

In some ways the tech future scapers need to apply a mechanism somewhat similar to how John Maynard Keynes’ Animal Spirits was applied in the world of finance and economics – where he pointed to the lateral and randomly applied instincts, emotions and proclivities that ostensibly drive human behaviour in regards to the adoption of risk in financial situations. Understanding how people feel emotionally about the adoption of hyper accelerated tech and its dizzying ability, for example in the work place, would make for a far richer and more realistic tech and digital landscape.

If Tech is turning the world, beyond the increasing humanities of its evolution, is their a purpose it might embrace beyond its direct impacts in society? One rooted in its community?

Is there a massive unspoken cause that it could rally around – one which is rooted in its own culture and expertise – and ultimately that delivered a mutuality of interest for every stakeholder – employees, customers, suppliers and partners?

In rifling through various pieces on tech and society over the past few months, Scott Wilkinson, head of Brand at Virgin Media Business and myself came to a thought.

The answer might lie in its heartland and population – and by that we mean the teeming populous engineers, inventors, entrepreneurs, manufacturers, developers, coders and designers et al who keep this massive multi Trillion dollar industry turning.

There is much spoken of the ‘on the spectrum’ nature and culture of the super tech geek world – or any geek world for that matter.

But we have noticed that most of the ‘noise’ is around an almost cultish celebrity status given to people with ‘astonishing’ minds.

High Functioning Autistics – the celebrated ones – have become a sort of ‘new rock n roll’ – the super brains – and in the tech industry these human super processors are the Natural Intelligence that shapes Artificial Intelligence and astonishing paradigm shifts in the world.

The fact that in broader popular culture the likes of Courtney Love, Darryl Hannah, Stanley Kubrick and many other HFAs make no secret of their condition is redeeming and very helpful to remove the stigma that still surrounds the condition.

But having an above average IQ, the intellectual skills and the successes that they do still sets these HFAs a long long way away from the average person with Autism Spectrum Disorder.

People who exist lower down the ASD spectrum with less immediately identifiable symptoms will find life far more difficult as their behaviours can be misunderstood.

So the question is this – beyond the rock n roll of HFAs, how many ASDs exist in the Tech Sector?  And if that number is highly over indexed versus society (researchers estimate that 1% of the population have some form of ASD*), and if the sector is proven to host a disproportionate number of ASDs and equally profit from them and their condition, then perhaps therein lies a Purpose for the Tech Sector rooted in a pure truth and within both its interest and expertise to act upon it.

Tech Guru Rajesh Anandan, founder of software company ULTRA testing only employs people on the spectrum, and for what he sees as very very good reason, the benefits of their engagement far outstripping the immediate issues of their behavioural difficulties.  The idea of Aspies being celebrated and valued in tech circles is far from new.

Is there an Action Group to be created drawn from the heads of the Global Tech Players – to set an agenda for helping those with every level of ASD in regards to education, training, employment and community – what better use to put a world leading ‘tech campus’ of smart, energetic, highly connected people to than taking care of their own?

Does a purpose rooted in unleashing opportunity for all those people who otherwise struggle with ASD in its lesser forms fit with the global tech culture?

No idea. Simply a thought. Something that revealed itself to us.

This kind of initiative may already exist. It certainly deserves greater exploration.

Perhaps the sector might think ‘not interested’ – or ‘we already do enough’. It is always hard to get people involved because it requires investment. And Purpose rarely unlocks investment. But profit and finance does. Securing growth does.

Perhaps they will only do it if someone puts a value on ASD as one of the engines of the Tech sector’s astonishing rise and success. A value that they feel compelled to protect.

Perhaps that what’s we need to do. If we were to be able to measure the  impact and value of ASD in the tech sector and present it as a highly particular economy – what I tentatively call The Aspergers Economy for want of a better label  – that would change the lens on people’s perception and appetite for investment. By rooting the value of the sector within the gift of a certain group, perhaps the value of their contribution as a highly productive constituency driving a global economy worth in the trillions of dollars; perhaps people might the be prepared to invest in the resilience of that global economy by improving the  opportunities of the primary actors in its success.

That might be a Purpose worth pursuing because, ultimately Tech is Nothing without Purpose, and that Purpose has to be more than another AI story or ‘look at my slidey new interface’ youtube film.