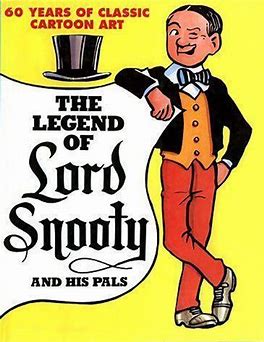 At a point in history when the nuance, deft politic and human insight of a Castlereagh might come in handy – and the strong hand, fierce purpose and earthiness of a Boudicca wouldn’t go amiss; what do we have?

Our representative for the broad constituency of ordinary people in the UK is a comical Toff who seems to have fallen off the pages of Topper Comic (well, the 1970s version).

There is a sublime logic in this as the Brexiteers seem to have decided that, if we’re going to apply a Back to the Future strategy, 1970 seems like a good Back to start a Future from; This obviously falls far short of the idyllic late 1940s and early 1950s that some Brexiteers would rather hark back to, the zenith of our victorious pre-Windrush Post WWII Golden Age, when you could still happily and openly show prejudice against anyone you so chose while playing an Over on the Green under a Spitfire sky, eating trimmed sandwiches of fish paste and cucumber and sipping lemonade and lashings of ginger beer; all played out amidst the buzz of an endless British summer.

There are the upsides: Britain in the 70s was a crash of paisley purple and burnt orange, brilliant Bowie,  Prog rock, Punk, Disco and the chiaroscuro of British Light Entertainment: the brilliant beacons of the Two Ronnies and Morecombe & Wise peppered with the misshit social commentary of ‘Til Death Do Us Part (Alf Garnett being to the 70s what Loadsamoney was to the 80s – both caricatures being an exercise in sharp satire gone horribly wrong.)

But it was also the decade of sclerotic public services and infrastructure, lazy builders, 3 day weeks, dusty industry (why change what’s worked for 100 years), street battles between Right and Left and, of course, Maggie Thatcher, the goddess in Jacob’s temple.

So our champion – Jacob Rees-Mogg – whose first tweet was in Latin. What a knob.

One would hope that the lower echelons of the Daily Mail readership (as they choose to self identify) will welcome having a bucket of cold water poured over them and a toe swung towards their arse for good measure when they realise what’s being done to them in the name of BREXIT.

But I have a feeling they are going there willingly.

This kow-towing and fawning adulation is simply the saloon-car-driving, beige-coated, ploughman’s eating, comfortable-walking-shoe version of the chimpanzee putting their wrist up towards the alpha and bowing their head. Or arse kissing upwards to put it in coarser, more feudal terms.

Far too many of the Great British public are playing out some twisted piece of Tom Brown and Flashman theatre – and gleefully so.

It seems a large swathe of the Great British public are seemingly more than happily prepared to play ‘Jean Ainslie’ to Rees-Mogg’s ‘Graham Dashwood.’

In the film, The Most Exotic Marigold Hotel, the Jean Ainslie character is the epitome of the small-minded, deluded, disappointed and utterly class-fixated snob (a rather smarter and more polished version of Hyacinth Bucket – pronounced ‘Bouquet’ – from Keeping Up Appearances). And Graham Dashwood is the dashing, elegant, intelligent, worldly (and quietly gay) Barrister from a much higher social order.

Everything crushes into one moment where she states in a moment of professed love and adulation:

“In fact I think I’ve been looking for you for a very long time.”

There is the populist voice speaking.

Right now it seems that the Great British public are staring into Rees-Mogg’s eyes and professing much the same sentiment.

So how has Jacob conjured this whorl of feeling? What is it about him, his nature or his background that makes the masses lick upwards?

Well he ticks every box, in many more ways than Boris.

He is of good stock – but not a toff by birth. Tick.

(His father was only made a lifetime peer in 1988. So an ‘arriviste’ by old money standards. And they bought Ston Easton Park in Somerset, not inherited it. So in Alan Clark’s world view on inherited class, Rees Mogg’s family ‘bought their own furniture.’)

Jacob made an extraordinary amount of money in Fund Trading, so he can claim the status ‘self-made man’. Tick.

But most importantly he ‘looks and sounds’ the part. Double Tick.

Jacob is the epitome of the Comic toff caricature that many over 40s grew up on. He is in that way a self-fulfilling prophecy.

Rees-Mogg realised long ago that image is everything (whilst still at school if the highly confected nature of the Eton College Collections portrait is to be believed). And presentation is nine tenths of the social law.

If you believe that people are still inherently feudal and like the idea of some Brideshead meets Downton Abbey world of ‘them in the big house up there and us down ‘ere doffing our caps’ model of social order and happiness – then you play to that gallery. Starting with your veneer.

Jacob realised the value in looking like you are from central casting’s stable of fragile toffs with a wilful streak and a stubborn self-righteousness born of an irrepressible Right of Entitlement. People look backwards at times of volatility and chaos. They seek older orders and touchstones to reassure themselves – even comic book ones. Nostalgia is a powerful opiate.

But that on its own is not enough. There is a darker, smarter judo move in Rees-Mogg that points to a very media savvy individual ‘playing the moment.’

Rees-Mogg has self-selected himself to be parodied, lampooned and satirised – he has made himself the butt of his own jokes. Genius.

This garish characterisation delivers on two counts. It makes him highly visible and discernible. And it presents him as self-deprecating – a faux proxy for humility in this case.

Everything he does presets him to ‘control’ the satire against him. (Sound familiar?)

So while Boris attracts all of the rockets with his stamping politic and straw-haired buffoonery – and Farage continues to present himself as the self-interested, small minded provincial barracker that he is (noticeably still collecting his MEP cheque and watching the World Cup from another EU subsidised bar in Brussels), Jacob slithers into every vapourous opportunity and out of anything solid or substantial with a whiff of the snake charmer wafting about his overly-combed head (brilliantine wouldn’t go amiss).

He is the quietly sneering, self-preening critic sitting in the corner seat at the dinner party, using the compound effect of his coy theatre of fragile child, his ‘blinking’ intellect and uncomfortable pauses to be eviscerating while seemingly ameliorating.

Some would venture that we get the politicians we deserve. If that is the case then the UK is generally suffering from a desperate case of ‘doffing’ – junked up on the need to be ruled by some retrograde smugness of the ‘Big House’ variety.

Thank heavens for that. There was a danger there for the briefest moment of us looking like an advanced, enlightened society with a clear understanding of the diversity of humanity that shaped us and a clear line of sight on the delicious collision of natures, skills, outlooks and open optimism we need as a nation to evolve and thrive.

But sanity prevails. And with the rise of the Rees-Moggs of this world we show ourselves for the fawning, recidivist, class-riddled, insecure ‘know your place’ society we really are.

Irritatingly I have to take my hat off to him. He knows his audience and their fragile desires intimately. He’s good. Really good.