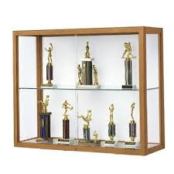 Hoover bag, fish tank or trophy cabinet? Which one describes your model of intellectual self-awareness and demeanour best?

I spend a lot of time suspended (the animation part is discretionary) between two worlds where intelligence chimes very differently and how it is worn can speak volumes:

The other teems with a rare, heavenly throng of ‘visibly’ smart people (staggeringly smart actually) whose weather eye rests not just on Gogglebox but also on the material and scientific threads that stitch us in to our universe at a sub atomic and particular level from both the inside out and the outside in: a sort of Hubble-scope meets microscope universal view. Which takes some cells, grey or otherwise.

Whilst suspended between these two worlds I have come across a myriad of different shapes and shades of accidental, expressed or demonstrable ‘intelligence’.

But for the sake of this piece I have gathered them into three buckets.

These buckets are purely based on how people ‘wear’ their intelligence, knowledge and learning. They do not seek to make points of a sex, class, race, regional or tribal nature.

Intelligence, smarts and book learning are as likely to be mocked or marvelled at in a stately home in Cumbria as they are in a mock Tudor Semi in Southall and a single-parent council house in Cleethorpes.

So the three buckets are as follows:

The majority of us, though our intellectual reserves have been honed to some degree in our childhood and teenage years through some form of formal education, spend most of our time applying a needs-must, auto didactical approach to the appropriation, collection and storage of any information, data, knowledge and the subsequent exercising of it via what might loosely be called intellect and its reflex inventive cousin ingenuity.

We just hoover up what’s in front of us at the time; all in the moment and for little reason other than to get through, survive, overcome, complete (or avoid) the tasks that life sets in front of us. Most of it tends to be transient: pockets of old knowledge from schoolbook rote and favourite teachers, the history channel, anything ever said by Sir Richard Attenborough, the odd TV show theme tune, an ex-lover’s ‘hot tunes’, news stories, sleeve notes off albums, film quotes, holiday resort locations, train times, exam questions, sweet names, bus numbers – the majority of it utterly random and seemingly disconnected – fluff and drivel: insubstantial, frivolous, fleeting. Only of meaning in the cats cradle of life and experiences in our head. All hidden deep in the bag unless we’re compelled to have a rummage.

But in that intellectual Hoover bag somewhere, amongst all the dust and atomic grains of everyday life – with a little rooting around – and if pushed – there are brilliant little treasures to be found: nuggets; the intellectual version of shiny marbles, lost lego characters, the odd ear ring, the missing washer off that clock, and a rare coin from somewhere exotic.

It’s not that we’re incapable of being a Fish Tank or Trophy Cabinet. On the odd occasion we can be very intellectually forthright. But. We’re just not that interested. Intelligence for most is directly linked to and in relation to what we must and need to do. Work. Earn money. Buy treats. The odd holiday. Survive. With Stickers. Intellect does not represent anything of value for us to wield in the world. Exams are for getting through. Real stuff is about what books cant teach and accolades cant fake: common sense, nous, drive, smarts.

Many people remain deliriously untouched by the compulsion to scale ever- greater heights and plumb ever-deeper depths of their intellect to pull out a plum.

There is in fact a running suspicion amongst a lot of people that too much learning is bad for you. Like fatty foods and alcohol.

Referring to people as being intellectually obese or an academoholic probably hits the referential nail on the head.

A lot of people feel an antipathy to the ‘too clever by half’ bunch, not too dissimilar to the feelings people harbour for the overly fat and the commonly drunk. Fat drunks take it to a whole new level of course.

Getting above yourself is one of the most common malaises they point to in the overly smart.

Go up just one notch and things change for the shinier. This is not yet the domain of the public academic, but certainly we are now in a realm where intellectual and academic possessions are going on show – they are becoming socially important not just to the trajectory of us as a person but also to our sense of self – our core identity. Their value isn’t hidden any more.

Fish tank intellects are suddenly about visibility: about being seen to be smart. It can start small. Quipy; witty. Ripostes. Razor sharp. ‘Quick wittedness’ gets bolstered with facts and bite sized pieces of knowledge not found on the history channel or in the newspaper. Suddenly we’re utilising our intelligence not just as an evolutionary survival mechanism but as a status marker, courting tool, and social lever.

However small, simple and under-populated the fish tank might be (We’re all quietly fond of the singular fish bowl inhabited by that gold fish) there is still a shiny attractive thing to look at.

Now fish tank intellect land is the bucket that provides the most flex and room for manouvre. Because you can go from one small intellectual goldfish in a clichéd bowl of water on a window sill to a multi-atmosphere self cleaning super sized wall set super tank with teeming shoals of exquisite, rare and increasingly expensive creatures.

From Intellectual Ahhh! to intellectual WOW! At the super scale end we find ourselves in the world of the serial collector of intellectual pursuits – reaching far beyond what they will ever need for their day job. The role of intellectual curator and collector of brightly coloured intellectual exotica as a matter of projected identity is a big deal for big fish tankers. But the big difference between these and the Trophy Cabineteers is the stealth nature of the presentation. However bright, gregarious and attention seeking the various and increasingly valuable baubles are, they are not presented ‘directly’. This is a world where proofs and demonstrations of intelligence are refracted through a prism of tangential referencing – obtuse, sophisticated, shrouded – usually hidden inside some trojan horse of life learning or experience story: presented simply as a new piece of the expanding fabric of their life.

But however subtle the presentation – these brightly coloured attractive and seductive entities are most definitely for show and for effect.

These ‘exotic splashes of colour have been plucked from the sea of knowledge to aggrandise us: to decorate our lives and create conversation focused on us through them.

Smashed it. No time or interest in discretion or subtlety. I’m smart. I’m bloody clever. And competitive. An intellectual winner. I’ve got more degrees and PhDs than I can shake a stick at. Doctorates are just the beginning. I probably have a few Honorary Executive positions as well. Sciences. Arts. Humanities. Classics. Don’t care. Whatever it takes. I am not in the business of doing a topic. I’m in the business of being really, really clever – and wearing it on my sleeve. If anyone’s up for a Nobel Peace Prize it’ll be me. Via national and then global recognition. I am professionally clever. Love academia. A wonderful pursuit. But please keep your intellectual generosity and shared collectivism of the mind to yourself. This is the expanding me show of cerebral fabulousness.

Simply put, you’ll all come to realize that you are cerebral dwarves and I am resplendent in the glow of my own brilliance. I am Alpha Meta.

A harsh caricature? Perhaps. But the dissonance between what we consider intellectually valuable in the more rarified halls of first world academe and what humanity actually requires to live thrive and survive on this planet can sometimes make us look at the trophy cabinet persona and their exceptionally competitive and vaguely sociopathic behaviours with a not necessarily benevolent eye.

For many, especially those struggling to make ends meet and having to work all hours to do it, and for those with a natural aversion to people who speak ‘in riddles’, it is hard sometimes to see the greater value in  relentless and unquenchable pursuit of ever greater learning. To many it is hard to see why anyone should support or laud someone wanting to remain the ‘eternal student’, wrapped in ever decreasing intellectual circles on arcane subjects that owe more to human ego than evolution.

The Trophy Cabinet model of flamboyantly worn intellect is mostly seen for what it ostensibly is: a tower of self-impression: a monument to ones ego. Questionable. Perhaps.

BUT, before we start measuring how many hands high the horse is we’re leaping on to sound off about the super bright, it must be remembered that these stratospheric arrogances of the mind and the intellect (as some see them) bring much to be thankful for: scientific advances and revelations that make enormous tranches of humankind more healthy and more resilient.

Some of these people have opened doors in the fabric, nature and story of human kind and the multi-verse we exist in. And we are better for it. And for them. Whether we think they’re too smart by half or not.

Witch hunting and pointing fingers at the nerds and the super bright people is a lazy pursuit. Existing, as many do, ‘on the spectrum’, dislocated from and uncomfortable around what most like to see as ‘normal’ people, they have their own crosses to bear: crosses that many of us would never countenance let alone endure. Brainbox baiting also smacks of being ‘chippy’. Take a swing ‘cause you make me feel bad! Thankfully now that Stephen Hawking is officially rock n roll, with his own Hollywood movie to boot, and the new tech hipsters are to all effects bearded and brogued members of the Nerd tribe, the old Beano comic view of school swots is changing – slowly.

Learning, the knowledge it brings and how the individual mind processes and leverages that knowledge to best and personal effect, to inspire and engage us may be a divisive topic; but we need to celebrate and embrace every type of intellect we have if we are to continue to live, thrive and survive.

And whether the gems of insight, idea and illumination that improve our everyday lives get shaken out of a hoover bag, netted from a fish tank or taken down from the trophy cabinet, I couldn’t care less.

Now where did I put that nozzle…?