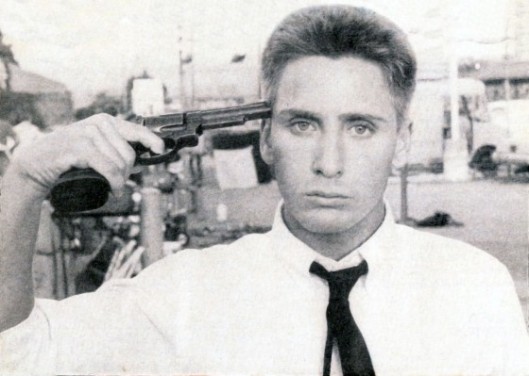 Are these mystery radio bursts messages from Aliens?

You have to give it to the Mail On Line. We underestimate their facility for tabloid ‘Phew What A Scorcher’ headlines at our peril.

The feature was around a series of 10 or so Fast Radio Bursts and the surprising revelation that they all form unexplainable multiples of 187.5 – colliding neutrons or signs of alien life?

The discovery of ‘communication’ from outer space is indeed amazing.

And listening for extraterrestrials or ‘intelligent life’ is a wonderful thing – impressive in a ‘Massive dishes pointing skywards in opening X-Files sequence’ kind of way.

SETI listens but hears nothing. Then Patterns appear. Wow! But from where? And Who? And What are they after? And How can we connect?

We have been clearly told to not expect ET. Even if alien life does exist it is apparently far more likely to be of the single cell amoeba variety as opposed to a complex multicellular organism with a light source in its longest digit.

But whatever they are, they have to come from somewhere (or do they?).

And what of the exoplanets we have already found with NASA’s Kepler Space Telescope? Like Kepler 438b – an earth-like planet capable of hosting life. We’re not sure whether it has an atmosphere but if it does, there’s the potential for it to have a surface temperature of 60 degrees Celsius and the potential for water to flow as a liquid – and therefore a source of potential life (and, let’s be optimistic here, a water park of sorts?).

But ET? Highly doubtful (but in all fairness, one must allow for ET believers in the absence of solid proof to that fact).

I am more focused on the Why?

We have lots of vibrant and robust discourse and debate on the former – usually complemented by sometimes wholly specious assumptions of the type, form and intelligence of the ‘alien’. But ‘Why?’ they would bother is a question I hear raised far less often.

I find this especially surprising as it is hardly going to be to invade, rape, pillage and plunder us. For that they would have to have ignored or been in ignorance of the patently obvious and immutable nature of the fact that the universe (and the multiple universes beyond that) is packed with planets stuffed with resources of every particular kind. Also, being smart, they would have assessed the condition of ours, so why travel all that distance to secure a substandard source of anything.

So what other motivation? Loneliness? For that we would need to arrogantly assume that the said intelligent alien organism had a moment of crashing deep space isolation and claustrophobic melancholia and thought, “Come On…its good to talk. Lets communicate with another organism. What’s the worse that could happen?”

(Given our shabby track record in the planetary stewardship department the answer to that closing remark doesn’t bear thinking about.)

Do we really believe that intelligent life elsewhere in the cosmos have got through all the Intelligent Life antidepressants on their current planet/s and whatever the Intelligent Life equivalent of every full boxed set of Family Guy, 3rd Rock from the Sun and Downton Abbey might be before they really hit the emotional skids?

For that we are also having to assume that they interpret their existence in something as clumsy as Emotional & Rational intelligence. And that in turn assumes that they are comprehensive or cognitive of the fact that they ‘exist’ in some form that we might even begin to understand.

So perhaps it’s simpler than that. Perhaps it bears more relation to the mind and vision of Douglas Adams.

Perhaps there is some planetary Repo Man at work in the Universe. Perhaps someone somewhere thought “Right. Not only are they a bloody disgrace as a universal species. More importantly they have just NOT a) kept up the payments on their planet and b) respected the conditions and obligations of the lease therein.”

The amount we invest, collectively, civilly and individually, in ensuring that our planet remains a resilient and habitable environment in which to sustain our desired state of existence is desperately wanting on every level. Even achieving some form of decent consensus on what the level of that investment might be and how we all can contribute to it seems to be beyond the wit of Man.

And as for the damage we inflict on the rock we live on I can see the clause like it was printed in front of me.

The Lessee agrees to keep [planet ref goes here] in both reasonable working order and within the desired state and condition in which it was received from the Lessor at at all times throughout The Term – and to make all endeavours to mitigate the possibility of or make immediate amends for the damages and dilapidations thereof to said planet.

For the removal of any doubt and/or conjecture to this condition:

Any Dereliction, Degradation or Damage to the material nature and integrity of the Lessor’s property found to be the cause of willful abuses in the maintenance of said property

Any devaluation and diminishment of the Lessor’s property to that effect that might be caused by the neglect, evasion or avoidance of the required attentions and supplementary maintenances and provision of said maintenance or actions by the Lessee that might justly be found to stand in breach of said Conditions will result in the immediate application of penalties, fines, or, in extreme circumstance, the immediate repossession of the said planet – which might allowably be undertaken with any force thought necessary.

Perhaps that is it – we have been found wilfully in breach of contract as the extant and dominant species on said planet. And the Intelligent Life is hunting us down to repossess it.

But then again perhaps intelligent life is more (or less) advanced and sophisticated than we think. Perhaps there is no universal interest in us and our planet – only a small interested community in the midst of that Intelligent Life.

If that were the case, who would be interested in Planet Earth as a possible ‘win win’ scenario?

When we’re not ripping, butchering, gouging, shooting, stabbing, bombing, mutilating, raping, brutalising, enslaving and generally degrading our own species we’re merrily dispatching the others we share this rock with and the environment in which they live; all to our own selfish benefit.

In fact if there was an accolade for general planetary mismanagement we are over achieving both in the roll of indolent tenant and tyrannical landlord.

We would undoubtedly win Universal Gold for our exemplary works in pursuit of acidifying our oceans, plundering every resource we find far beyond its ability to renew itself while sending our planetary existence up in a plume of terribly cheap highly convenient and ultimately very damaging smoke while turning every blind eye we can find (and making some more when we run out) to that fact.

So when we take the space-eye view of the planet seen from an IL Point of view, maybe the answer lies in the truth of that.

We’re the planetary equivalent of that rusting, primer-patchwork, bent-axled, one bald tyre 1977 Ford Bronco one might find in the corner of an old barn on the forgotten farm at the end of the Universe.

A ‘dog’ of a planet, neglected. Forgotten. BUT…

To the right person, somewhere in that heap there’s a glimmer of vision – a spark of potential – of something really, really special. Just in need of a little TLPC

To the Universal ET Hipster with an eye for a classic perhaps? Sure, there are newer fresher more efficient planets out there – Kepler 438b with its fancy fecund and seductive atmosphere for example – but hey, where’s the individuality? They are devoid of planetary personality. Where are the dents, rents and marks? No life scars. It’s alive yeah but has it really ‘LIVED’? Does it have a ‘story’?

So that’s my punt – when SETI do identify those wave patterns, I reckon there’ll be a Universal ET Hipster at the end of them – with an eye for a wheezing rusting Classic.

Which with the ridiculously childish finale to an overworked metaphor leads me to one thought.

If you were to think, even for a moment, that that pile of rusting wheezing junk in your back yard ‘might’ be a Classic – would you allow someone to come and take it off you for close to nothing – knowing that with a little investment in its reconditioning: a little love and attention – they would find themselves in possession of a beautiful highly individual and priceless thing?

Or would you find a way – any way possible – of doing the same yourself – and reaping the reward for yourself and for everyone you passed it down to subsequently?