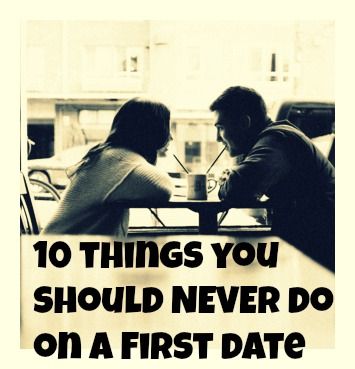 The populist conversation around creating a clean energy love in seems to be going nowhere about as fast as Jeremy Clarkson in an oil-burning, coal-fired, gas-expanded super-car through a village of impoverished 3rd Worlders living on scorched earth!

So anyone out there in the world trying start a conversation with the unenlightened everyday someone around the idea of embracing clean renewable energy can be in for a cold start.

So which reframe might help us get people to more easily consider moving from a short term promiscuous ‘lowest price who cares?’ transactional relationship to a long term committed ‘that price I care’ value based relationship.

Reason? Glamour? EQ? IQ? Finding the hook can be tricky. So lets try looking at the problem through the everyday human condition – one that everyone can relate to.

The first time you meet a dyed in the wool cheap coal and oil energy user with a shiny new clean energy package you could say it is a little like a First Date.

So lets start there.

As with all dates, especially first ones, you need to be clear about your objective going in, as this defines the rules of engagement.

Do you just want a few dates? Or would you like a long term relationship with them?

If its a just a few dates, some passion and then goodbye; go in fast and furious. Thick skinned. Impervious. Immutable.

If it’s the long term relationship you want. That’s a different thing entirely.

So, when approaching a traditional coal, oil or gas burning energy consumer for the first time, here are a few tips and watch-outs to help shape a better first impression and relationship.

1. Don’t assume that turning up bright eyed and bushy tailed with a shiny new something will get you straight to First Base.

Appearing with a clean renewable energy package will NOT immediately have them springing to click on the ‘change of provider’ PDF.

Putting aside old familiar and trusted things – however toxic they may be in reason – is not a given. Sentimentality and attachment are very strong emotions in the human condition.

2. Don’t assume that Reason aces everything.

Not everyone sees things reasonably: usually they will be quite the opposite – viewing life through a very human and subjective eye.

So Pointing out the deepest most destructive failings and flaws of their current energy choice may not only make them highly defensive of the choice they have made but also of themselves for making it.

Example: When you first meet a very old and good friend of your new crush, only to find that they’re truly awful: some recidivist throw back to a 1970s British sitcom with all the chauvinist, misogynist, racist paraphernalia that goes with it; you can do one of two things:

Either call out their dreadful-ness as loudly as possible, pointing out and highlighting every flaw, to then flounce off muttering phrases such as ‘How can you put up with that &*$%”

Or you can sit back, observe the relationship; assess it: for the depth of its feeling, and the integrity of its bond. This allows you to decide whether the presence of the friend is immutable and in turn a corollary to as yet unseen things to come in your crush; traits or behaviours that you have simply not registered through your lusty mists.

3. Be prepared for Double Daters.

Most people are unlikely to put all of their energy eggs in one clean renewable basket straight away. They will probably switch backwards and forwards or leave the big stuff as it is and just flirt with a clean and serene energy lifestyle to warm themselves up and test the edges of it. In that way the average Jane and Joe is not dissimilar to the average energy monolith. Just like GEs diversified energy portfolio – which unsurprisingly contains the smoky old faithfuls.

4. Get someone to put in a good word for you.

With most successful dates, the battle is one before it is fought. Someone ‘bigging you up’ prior the actual meeting can work wonders.It is also a way of utilising the grapevine that will be buzzing whether you like it or not. The odd whisper and aside and some furious txt-ing and calling will have already happened on the side between the two parties friends and acquaintances way before you get to the bar/restaurant/club/room.

Small businesses are always looking for smart wins in the efficiency and economies department. And they have a far closer eye on the way the business runs itself and makes money. Target the Owner Managers businesses, deliver for them and they’ll be singing your praises in the pub in a flash in very everyday and human sized terms.

So lets have a run at that and see if it enlightens the moment and sets us up for success or failure. And if that doesn’t work we’re just going to keep trying others. because we need to. So all ideas gratefully received.

Answers on a postcard.

NOTE This blog was inspired by a chat at Sustainable Brands London’14 with some super bright clean energy people around the topic of rewriting the narrative of the whole carbon issue – which to be frank currently reads like a Wet Wednesday, when it should come across like a Sunny Saturday.