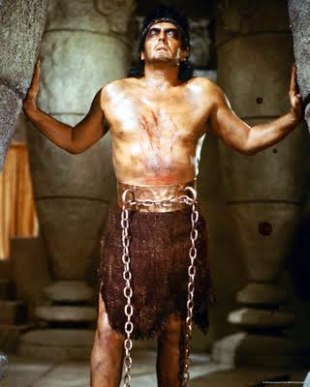 Funny thing. Creation. Everyone’s at it.

(The ‘hey! lets do something creative!’ version that is; as opposed to the Birth and Big Beard Versus Big Bang kind.)

It’s all the rage: like cocaine, Taylor Swift, snapchat and uprisings.

And taking some of the creative people I’ve come across in my own ‘creative’ career as an example, rage seems the most apposite of words for this tempestuous trend.

The creative endeavor as a civilized form of howling at multiple moons is all so ‘Now’, and a lot more populist and less ‘rare’ than it once was.

The infinite collision of technology, accessibility, social collectives, the relentless inspirations of the internet and the democratization of creating offered by the endless tools and networks populating our digital lives is shifting the social paradigm of creativity.

In many ways this is a wonderful thing: but it makes the ‘purist’ creative creature out there very nervous.

For the pure creative; someone who has probably invested an enormous amount of time and energy in developing their otherness this new ‘thin’ democratized creativity is a hellish confection.

To someone who has invested their whole being to all that zigging while others zagged, the ritual disemboweling of the inner Id: all those hours crawling through the primordial intellectual soup of abstraction and expression, little known philosophers, off beat gothic novels, performance art, turbulent emotional algorithms and the most impenetrable art shows, not to mention all that self harming, disorder development, and the habit of watching certain films just because they make other more ‘normal’ people nervous: imagine what horror at the idea of ‘’er next doors being craytive‘ too.

‘It’s just not right‘ they howl moonways: ‘it lacks, well, it lacks commitment’. Being ‘different’ – being of a creative persuasion is to be frank, exhausting, very particular and shouldn’t be for everyone. The democratization of creation: the auguring of an age of everyday creativity is sending shock waves through the existential halls of the mighty.

But don’t panic! If you are in the purist club, there’s always the madness and utter self destruction to fall back on.

The newly democratized creative people out there can get as fancy as they like with their 3D printing Maker movement sculptural maquettes; and their evolving algorithm art music BUT can they take an overdose?

For all of these new sweeping gestures towards ‘social creation’ the old model of what constitutes the white hot crucible of true creativity is still there: the final filter: and one studiously applied by those still inhabiting the rare academies of the creative mind and spirit.

You’ve always got the get out of jail card of being or becoming (certifiably if required) nuts – troubled with a capital T and an accompanying life-threatening addiction of some form or other.

‘Real’ creativity and the people who hawk it should exist in some hellish b-polar vortex, stumbling through quantum surges of creative doing wrapped in creative being.

‘Real’ creative types must be to a lesser or greater degree consumed by their art or creative nature, usually to some destructive degree.

It has indeed always been quite the fashion for the ‘Real’ creative person to be seen to enjoy an innate disposition for ‘explosive’ expression. This is romantic and poetic phrasing for what you or I might call losing it: getting shouty and throwing shit around.

Allowing their ‘passionate’ nature to overwhelm them and most everyone else within 5 emotional yards of them has always been quite vogue for the ‘tortured artist’ (though anyone who has read the conceptual treatise of any Art Installation works recently might say that it is the observer who is in fact being tortured, not the artist.)

Raging is and always has been quite the rage.

This rage it seems has two broad brush strokes.

Sometimes the rage is internal, turned inwards on the person; consuming themselves, their mind fracturing and splintering quietly in a room.

And at other times the rage is of that of the smashing, brutalizing murderous kind. One quick leaf through the stories of Caravaggio and Shakespeare’s contemporaries will find that the quick-tempered madness of the creator is at its sharpest in the act of destroyer – of lives, of chattles, of dreams, of stability, of innocence.

Even in the secondary (or some would say basement) of the creative world – the communications industry – this polarity, once celebrated, and now mostly disappeared, is still visible every now and then, stalking the corridors of the creative floor.

Sometimes the rage is a quiet cold cruel internal force compelling the sociopathic intellectual knife twister to ever-greater heights of creative depth; and much of the product, though very funny or terribly clever, can often seem to be utterly lacking in joy, even with 26 million youtube hits.

Other times, the rage takes the shape of a shambling, fog horn, noisy trousers, whoops where’s that wrap?-chat-chatty, self-conscious-shoe-wearing creative peacock (2 syllables – stress on the second syllable) crashing into their creativity like, well, like an overjoyed drunk into a shut door in Soho House. A krispy kreme variety box of joy with toffee sauce.

This bi-polar view of creativity seems further ratified even with the smallest rummage around on http://www.creativegeniuslunatictypes.com/madness/.

In the rarer and purer atmospheres, regardless of whether the form of creativity is being applied in the sciences, music, mathematics, literature & poetry, drama, engineering, product design or architecture, the polarities at work become even more marked, though only amongst a precious few.

Most of us pretenders scuff about somewhere in the space between these manic-depressive book-ends, floundering around for some premature pop of immortality played out for a very-mortal few days or weeks on a page or a screen – a pantone book of middlin’ shades of creative variation.

(Given 3D printing’s new role in illuminating the creative txt of our invention, the great news is that we can actually render these bookends in pure alabaster; one a polished relief depicting Andy Kaufmann and Steven Wright in a Same Sex Marriage; and the other played out in a bass relief of John Belushi and Jeff Koons Buddy-Jumping from a burning pink plane)

Though highly one-dimensional, as a first-meeting finger in the air Type A Type B approach to identifying creativity in the world, these bookends do a fair job.

Though flippantly rendered, these two types do point towards something of a deeper less facile creative truth.

Take it as a given: this law of polarity is at work in all realms of creative endeavor, their two schools, distinctive and immutable opposites in most every way, still finding time to integrate, interrelate and conflate, sometimes in the same theme, often in the same person.

These pillars of polarity represent the two furthest points of the inventive lateral compass, the divine hyper-tensile high-wire of creativity, strung tight and humming between them.

Standing atop these two pillars are two quite opposite schools of thought, nature and effect.

One is founded on the Scholarly pursuit of Knowing – a relentless curious incremental acquisitive reductive sparse sharpening intellectual inquisition in an ever-reducing space, theme or manner. A spirit level approach to creativity for a Jekyll-like persona.

The other collapses backwards into the Scholarly pursuit of UnKnowing – of breakage and unlearning, fracture, disruption, chaos, danger, bestial, unruly, anarchic – the smashed train-set approach to creativity far more suited to a Hyde-like approach to life.

Yes, there are myriad confections scattered between the two but, much in the same way as with the The Hunting Debate and the discussion of Benefits Cheats, we rarely hear the dulcet tones of those in the middle, trapped as they are between the deafening silence, atomic nature and cold eye of the Jekylls and the clanging-gong parachute silk pants and rocky horror debauch of the Hydes.

The Knowing are clearly defined in the world, set apart, celebrating their otherness through a celebration of the reductive forensic interrogation, construction and engineering of every piece of what it is they are in the process of creating.  Their closed and in some ways highly scientific rational approach to the irrationality of creativity creates the dynamic tension in what they do.

The downside of the Knowing trajectory was beautifully bought to life in the first of the artist potter Grayson Perry’s Reith Lectures – in which he reads out the conceptual treatise from some art work. An over complex, over blown piece of cod-intellectual arcana; like a dysfunctional Rubik’s cube of pompous phrases that could never align to anything resembling human meaning, whichever way you might try and spin them. A corrupted bastard child of the Knowing school.

The UnKnowing’s ability to traverse the fractured, chaotic randomness of creative disorder, embrace the madness of invention and all that comes with it is an anathema to the average person. The UnKnowing’s capacity for clutching to the edges of life, merrily pumping the visceral, wheezing soul of the moment and of their own mortality is simply staggering. They also demonstrate an appetite for seeking redemption through destruction. In this paradox lies the dynamic tension of their tempestuous nature.

The vertiginous nose-bleed nature of their creative leaping and scrabbling up the stepping stones of madness in search of the creative ‘it’ is reminiscent of the snow leopard character, Tai Lung, in King Fu Panda.

In the scene where he escapes from the Chor-Gom prison, he does so by springing and scrambling up falling rocks, using them as descending elevators to rise back up out of the abyss: against all the laws of nature, his upward trajectory enabled by their downward one, the opposite of all that should be. That is the against-nature nature of the UnKnowing.

But often the most transcendent moment comes when we experience someone who makes the journey or transition from Knowing to UnKnowing or vice versa. Or when someone relentlessly and seamlessly shifts from one to the other.

At its simple journey level, Picasso is a good example of the shift from Knowing to UnKnowing. His skills as an accomplished artist in the traditional mold: his sense of scale and context, his draughts-manship, his painterly skills, brushwork, colourist’s eye and capture of the subject were exceptional. So when he chose to smash the vase of his traditional expertise, reassembling the fragments of what was in a new and abstracted disruptive way, he made the journey from Knowing to UnKnowing.

But in their extremes, especially that of the transcendent form, lies the greatest turbulence and far greater likelihood of a dark mortality.

So to be creative or not to be creative and in which sphere is not really the question. But whether we choose to be of the Knowing or the UnKnowing variety.

Perhaps, if you are creative yourself or know or work with creative people, the question that we should ask is this: am I, or they the Knowing or The UnKnowing kind: or the transcendent other?

(And perhaps we should also spare a kind thought for those who find themselves imprisoned by these pillars, their only escape coming when the whole edifice collapses upon them.)