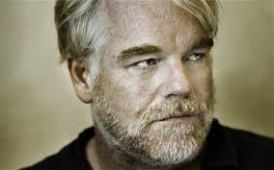 Creativity. What a cursed word this is. Its stain and shadow seems to riddle anyone truly touched by it with a silent screaming see-saw yaw of insecurity and brilliance so profound it staggers them to a deathly stop, sooner or later.

And when I say truly touched by creativity, I am talking not of the noisy swaggerdaccio of  commercial creatives who you’ll find buzzing around the ad agency, digital content and brand consultancy hives of most major and supposedly civilised cities.

That kind, my kind, are simply echoes, re-percussions in its truest sense of the dark, glittering, brilliant bangs and crashes of those truly blessed and cursed with creativity.

When I speak of creativity I speak of those people who carry their creativity deeply within themselves, not worn as a badge of entry to the latest and so, so self consciously flagged eatery as metered out on any latest given social network living or virtual.

Perhaps it was the news that Seymour Hoffman was found with the needle sticking out of his arm still, dead of an overdose that enraged me enough to wish to write this piece.

Seymour Hoffman to me was simply a reason to think that there was a god.

An actor whom I found to be so audacious in his characterisations, so breathtaking in his personification of characters whom, until he lit a torch inside them, lay across the page, inert and inhuman. His rendering of legendary and well-documented Characters like Truman Capote, surely an impossible task, simply allowed Seymour Hoffman the opportunity to be more Capote than the man himself. He has utterly delivered on the concept of a performer and performances that transcend every possible preexisting point of reference or comparison.

And for that I feel he deserves a prize as great as any our druid forebears could give to any man or woman who could encapsulate the human condition under the gaze of he gods in such a way as to enable every observer to learn something profound, however small and in such a way as to improve their own.

The renaissance nature of him – his ability to reach into corners – his breadth depth and well of influence was simply staggering.

The depth of his creativity – of observation, on human nature, the tics and flinches of human behavior, its emotional eddies and whip-pools, its penchant for small tragedies played out in the inane and banal – and the wealth of invention required to conjure all of that into a moment under the cruel and unforgiving gaze of the camera. That is what I call creativity. It is naked and raw, and spiritually incapable of being repaid.

But perhaps in the cruelty of the lens lay a black truth. Maybe that was the masochist at work in him. Throwing himself relentlessly at the feet of an unforgiving master – one whom he knew would ultimately never let him go.

It is when I look at creativity at work in people like him that I wonder at what seems to pass so often otherwise as creativity.

I am bored with the wannabees and the almosts. There are times when the crippling truth of the real deal should make us draw breath and admit for perhaps even the most fleeting second that the pure genius of those that truly have it make those of us who simply exist in their slipstream, small and recondite in nature.

And then I view creativity through the eyes of the scientists, the poets, the architects and the mathematicians and then look through the rear view mirror at the communications jonnies and wonder where their arrogance came from.

No Cloths of Heaven. No Suspension bridge. No Higgs Bosen. No Rubik. No 3D printers.

What in god’s name have the commercial creatives given us that illuminates our life in such exceptional and poetic manner that they deserve one passing second of attention beyond some Cannes obsessed self gratifying accolade?

That we, the Ad kids think that creativity demands eating the last 10 D&AD annuals and spewing forensic facts about who won what for typography or platinum content really matters: that both being difficult and using the comedic sums of money that we’re paid to buy some more toys to throw out of our pram.

Like we really do exist in some rarified existence with the answer to anything bar selling 100 more txts and minutes packages and 2 million more 7 blade razors with pointless emollient strips.

Have we ever considered the beauty and commitment that it requires to deliver a Caravaggio into the world? That we might consider for even a moment what the exceptional requires of us beggars belief.

That I have seen the most average of creative thinkers claim some primary space in the world based upon the mediocrity of what spews from them troubles me to my core.

Their only reason for existence is that they feed the creatively inert business ambitions of the corporate gristle that pays their bills. That it should succor their self-belief is a weak and ultimately nihilistic pursuit and an exercise in self obsessions.

The creative people that I value in my life are indeed the butcher the baker the candlestick maker. The real creators in this world we live in.

And I add to them the performance artists that make me stop, heart racing, befuddled and illuminated by their capture of the human condition.

I also add those that disassemble the scientific condition of our existence. Creating new intellects and formulae for understanding.

And I feel it is time to call it on the idiots and the fakes. Lets hear it for the true creators and let the rest go to overpaid hell.

If you ever walk into a room with a budget in your pocket for creativity and purchase some distant echo of what purports to be it, please call it as so.

How many more times do we need to sit in a room and listen to a commercial creative play a youtube clip, show an artists work, stream a song, or catwalk the work of a designer far, far greater than they and be told ‘it’ll be something like that’ and asked to pay top dollar for it?

I say go to the source and buy it pure.

If you need this fix to drive your business or your ambition forwards, die on the needle of purity or stop pretending.

And if you are some Byron obsessed creative with your self-destructive, insecure (but strangely enough never ultimately critical) tooting and gacking crutch, or your strategic side kick who believes that you have a god given right to be heard in your creative mewling, be true and be real and die on the commercial sword of what you suggest.

Never expect someone to expend hundreds of thousands of pounds on something you barely believe in yourself beyond what It might bring to your own personal glory.

If glory and recognition is what you seek there are a myriad collection of garrets and studios in lost forsaken places populated by people earning nothing fighting for their art.

If that is what you seek stand up and next to them and take what comes.

But if you are the person who endeavours to commercialise the creative process, remember, just prior to your next tantrum, that in greater footsteps than yours you travel, be respectful, and endeavour to be as close to the pure genius of them as your pay check allows.

Remember greater creative spirits than you die with a needle in their arm. God help them and god thank them for the price they pay for what you imitate in a room somewhere and for which you will never ultimately pay the price.

If this makes me a Wyndham Lewis, damning my own ‘creative’ class, I’m OK with that. Why? Because they’re fine. They are Ok in their tower, never really having as their only option a mine shaft, a production manufacturing line that steals their life, a trawler boat that goads their nerve and heart, or the banality and drudge of Till 3 on the check out at 4pm on a wet wednesday.

The Needle and The Damage Is Done.