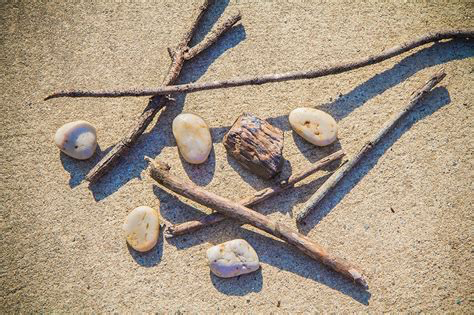 So. Apparently bluster, divisive phrasing and inflammatory language do nothing to stoke any kind of aggressive nature, hate or violence against the person or property.

Well that’s frankly bollocks as we all know.

Both sides of this current ugly debate make a lot of decrying their adversaries in the most pestilent terms . The only thing that is slightly disappointing is how easily BoJo can scatter a few Churchillian phrases around the place and get such an immediate and rousingly patriotic response regardless of the veracity of what he is spouting.

Never Surrender. Traitors to a man. It’s them foreigners wot done it G’vnor, and no mishtakin’!’

The language seems to have become a vague collision of Churchillian oratory and some form of patriotic Tourettes as dispatched by what I can only assume to be Bert from Mary Poppins.

[The loose use of the ‘T’ word does though seem rather rich given the Judicial view-point of the Prorogue of Parliament as having required BoJo to ‘sham’ the Queen; surely the only person in pole position to comment on what traitorous behaviour might look like. But I forget. The judiciary are just another part of the Liberal Global Jewish Conspiracy – more of that later]

Traitor is a word that carries. And if you happen to be Jim Cornelius, a pro-Remain Liberal Democrat living in Lewes East Sussex, it is carried on both sides of a brick and hoofed through your window.

Ugly blame games are an ancient human art of divide and rule.

We’ve been using blame, public decrying and propaganda to take the spot light away from the real crooks and miscreants for centuries. And we like nothing more than a highly complex set of adversaries and a complex conspiracy to fuel the moment. The more ridiculous and elaborate the better.

Lewes in East Sussex is traditionally a hot spot of radicalism. From hosting one of the founding fathers of the American Revolution to happily embracing the Anti papist firebrands in support of the protestant Martyrs [we like to burn Papal effigies in Lewes] it is home to some rather punchy political dissent and exclamation.

Traitor Bricks are just one accessory for the discerning Lewes radical. A good old fashioned tin of spray paint is another. Thought the content, as a modern media person might point out, needs a little work. Or does it?

Now, once the surprise of what it says wears off and one starts to dissect it, it would be rather funny, if it wasn’t so desperately sad, deeply sinister and a blatant outcome of the kind of divisive crap people are increasingly spouting in the cold light of day.

The current climate has without question let some rather unpleasant people out of their fetid rat-pits of trollery and ugly blame into the waking world.

So lets start with the EJEWS. Did the perpetrator simply miss-spell I-JEWS. Did I miss a new product  accessory from Apple’s Israeli market, available with every new i-phone?

Or are EJEWS simply electronic Jews, like emails are electronic mail. And if so, what are they? Where do they come from? Why do EJEWS exist? And how exactly are EJEWS different to non E Jews? Are they electronically generated Jewish people – like alter ego avatars in Sim City? Or is it the platform name for real jewish people whom exist in virtual environments?

Or are the EJEWS jews from the E.U. or Pro European jews. Simply put, are they jews who’ve moved here from Europe or British jews who voted Remain?

Whether Pro EU, European, electronic, wholly virtual or simply virtual versions of a real person, the one thing we know from this graffiti is that these EJEWS are busy. Boy are they busy. And it seems they are in cahoots with one George Soros.

Now, for anyone not paying attention, George Soros is a Hungarian-born jewish Holocaust survivor who has made billions speculating on the currency markets. More importantly he is vilified by the Alt-Right as being at the heart of the global jewish conspiracy, blaming him in no uncertain but rarely proven terms for everything from the Charlottesville Rioting to Fake Bomb plots against himself and Barack Obama – and whom is presented  in the social posts of one Robert Bowers, murderer of 11 jews in a Pittsburg Synagogue, as the ‘jew that funds white genocide [the global jewish liberal conspiracy] and controls the press’.

So in the heart of an East Sussex town, on a fence are words that echo the disturbing belief system of a dangerous and sometimes murderous cabal, obsessed with some global jewish conspiracy and whom in this time of division feel free to publicly and explicitly conflate it with the BREXIT sentiments and traitorous brick throwing events.

To posit that the two are separate incidents and not linked by any direct evidence would be to deny historic hindsight’s tendency to show us after the fact that human beings act in waves and urges – their sentiment coagulating in emotional clusters of activity that though in some ways seem at the time unconnected prove themselves retrospectively to have been part of there same toxic malaise or momentum.

In some ways the EJEWS piece with its shoddy spellings smacks of the Goulston Street graffito scrawled on  a wall near one of the Ripper Murders in Whitechapel in the late 19th Century. The graffito stated that  ‘the Juwes are the men that will not be blamed for nothing’.  Ironically it was written at a time when frankly the jews were being blamed for most everything, and subsequently has been viewed as Anti Semitic propaganda that was designed to stoke ill feeling and create an uprising against the new arrivals.

In much the same way that White Genocide and the Global Jewish Conspiracy is increasingly present in the ghoulish theatrical nightmares of the likes of Robert Bowers in our here and now, so it was in the late 1800s in the East End.

The jewish influx, though seen initially with sympathy due to the pogroms and harsh treatment they had received in Russia Poland and Germany from whence they fled, was soon to be seen, first as a blight, then as both a soft invasion and a commercial coup [Jews were blamed for increasing output and decreasing quality, flooding the markets with cheap shoddy fare to the detriment of older East End manufacturers and producers] Eventually, as the anti semitic sentiment increased and locals became more incensed, the Jewish problem was to be regarded as an affront to all that was truly British and wholly against the social balance and social improvement of the East End. As unemployment rose and housing became scarcer the usual spectres rose up and the jews were blamed for indigenous East Enders increasingly precarious and perilous existence.

John Law AKA Margaret Harkness, in her book Out of Work, put the sentiments of many residents of the East End of London into the words of one of her characters – the wife of a radical carpenter:

So when BoJo spouts Surrender schtick and fires up the mood against Johnny Foreigner, and when he attaches the memory of the murdered Jo Cox to a successful BREXIT – and when traitor bricks get thrown through windows while troll conspiracy theorists scrawl EJEW graffiti on fences in sleepy Sussex towns, it is time to be alert.

Because we can be sure that those words can become sticks and stones can all too easily. Sometimes murderous ones.

So lets tread carefully and take responsibility for what comes out of our mouths. Starting with our ‘leaders’. And when I say that I mean all of them. Not just the flaxen-haired Trumpeteer.