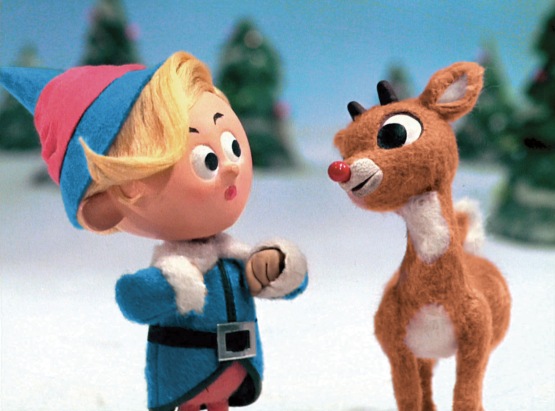 The reason? A Pre-school teacher in Norway took his class to see a Reindeer farm where there was a Cull and the subsequent butchering (the real functional meaning as opposed to the shock horror news descriptor version) and processing of the livestock that have been culled.

According to some of the Facebook ragers, this will apparently turn our children into psychopaths: Rambos stalking the woods with murderous intent, bursting into the classroom or nursery at any given moment seeking less fluffy and more human victims, the blood of animals no longer sufficient to slake their bloodlust.

Apparently killing animals is only one step away from killing humans – and a fast train to psychopathy. (Personally I am keeping a slightly closer eye on the technology tower we are locking ourselves and our children into and the creeping sociopathy and death of empathy that might potentially ensue and perhaps a sprinkle of psychopathy that might follow; but lets get back to killing Bambi.)

I really think we need to grow up. We have become so over sensitive to the reality of the lives we lead, bubble wrapped as we are from any of the more brutal and unpalatable aspects of being a human with a supermarket trolley and a weekly shopping list. And we seem happier for our children to grow up thinking meat is born in the sello-wrapped foam tray it appears in on a shelf than grasp the nettle of animals dying for us to eat them.

Whether people like this or not, there is an still enormous amount of meat consumed in the world and I for one would like my children to learn what happens prior to their rosemary and butter rubbed leg of anything appearing on a plate next to goose fattened potatoes and the odd lardon.

Creatures die for us to eat them. And I respect anyone who believes that we should respect that and seek to educate young people to that end – to understand the process, to respect the contract of existence that has been created, and to lobby for decent conditions and rules of production to ensure that the most professional and humane standards are maintained.

I doubt we can embrace the full Navajo spirit of praising every creature once killed, becoming one with its ascending soul in a ritual of respect and honour for both the fallen and the benefit of the tribe. Chaos would ensue in the vast majority of industrial poultry and beef processing plants. Every 22 second hook-to-fillet step filliped with a 20 minute chant to the Great Spirit would skew the performance, economies and profitability of most modern processing plants. But perhaps that is a good thing.

The children and parents of Granstuggen Bernelage Pre School in Steinkjaer should think themselves lucky. At least they understand, and can therefore be better prepared to navigate the thorny issues of meat eating versus other diets and assess what they really think – and make an informed choice. Id rather a child made a choice that no animal should suffer that for their sustenance through direct experience of what that entails than through the bullying of some pompous 1st World  treatise utterly dislocated from the reality of what happens to other creatures in our name.

I am a passionate supporter and advocate of urbanity and the metropolitan enlightenment that comes with city living, amidst the bustle and ruck of diverse minds, cultures ambitions, dreams and achievements. But the majority of the urban intelligentsia don’t know squat about what goes on outside their built up lives, or the through the back door of ‘pick a supermarket any supermarket’ or the antipasti board perched at the far end of their deliciously oiled dining table.

No-one likes the idea of Red Nosed Rudolph getting topped – let alone gutted and butchered in front of 5 year olds. The saccharine anthropomorphisation of creatures has not helped us in our ability to stay connected to the truth. With Rudolph and Bambi (and the captives of kidnappers for that matter, taught as they are to render themselves real; human, by giving their name and sharing family stories) its a lot harder to contemplate inflicting pain or killing on something that has a name, a cute family and a soul.

Sir David Attenborough has always disliked the anthropomorphised rendering of wild animals – the Disney effect- as he feels that this misrepresents them: pretends they are human and conscious in a way we can comprehend and empathise with.

For me the jury is out in regards to whether anthropomorphism helps or hinders our ability to co-exist respectfully with other creatures. On the other side we have studies like the one that sits behind When Elephants Weep: The emotional lives of animals by Jeffrey Moussiaff Masson. It is a beautiful and enlightening book.

All I would like is for people to be able to make their own mind up based upon facts and experience. We seem to run scared of the ugly truth of what exists around us and what stitches itself through our collective existence.

In the same way that free speech most allow the ugly bitter cruel hate mongering of some to co exist with the enlightened inclusive and conscious humanity of others, I do not believe that we should silence, deny or hide these things. They must live in the light, and be allowed to be challenged directly by people in charge of the full story as much as is possible.

If we say killing animals is one step away from psychopathy and murder, then what does that make of the farmer who farms livestock for the slaughter houses that feed the food processing plants that feed the food manufacturers that line the supermarket shelves. And if in the case of the murder of a human, complicity can in some cases lead to an equivalent sentence as that of the murderer, that logic makes Jean in Bradford grabbing a beef burger for her supper a functioning psychopath and accomplice in mass murder.

And as for Hugh Fearnley Whittingstall, well, I rest my case.

The man is patently Hannibal Lecter in all but name.